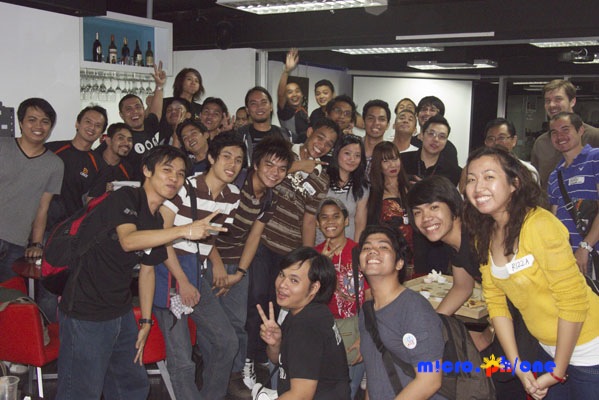 WebGeek Philippines (WebGeek PH) has established itself as a dedicated community portal for Filipino Web Enthusiasts to share knowledge on everything about the web.


Micro.ph/one is proud to announce that WebGeek Philippines (WebGeek PH), one of its fostered tech groups was elected as a finalist of this year’s Philippine Web Awards for its effort in fostering online community interests.


The prestigious award-giving body is now on its 12th year of recognizing the gifted talent of Filipinos in web design, development and technology. There are 75 site finalists competing for this year’s categories: Arts and Portfolio; Blogs; Community and Portal; Corporations, Foundations and Organizations; E-Business;  E-Government; E-LGU; Lifestyle and Leisure; News, Zines and Entertainment; Personals; Schools and Small and Medium Enterprises (SMEs).


As a finalist for Best Technology Blog from the Philippine Blog Awards last year, WebGeek PH is set to decorate another accolade on its mantel. Its online presence and influence clearly transcends to the Filipino web user community evident from its first anniversary last year at Exist Techbar, Pasig, easily passing the 100-limited venue capacity. Its cult following is mainly of web designers, web developers, Internet marketers, web masters, web programmers and enthusiasts, all collectively known as Webgeeks.


WebGeek PH will have two chances to secure a coveted win at the Philippine Web Awards. Winner declared as The Judges’ Choice will be based on criteria such as quality of content, technologies used in the website and overall originality and creativity of idea. The People’s Choice Award is given to the winner who has the popular number of votes in an online poll.


Are you a WebGeek? Vote for WebGeek PH and secure their first Philippine Web Awards People’s Choice Award here.